Picked up this Callistemon pallidus a little while ago. Apparently some people also refer to it as Melaleuca pallida or lemon bottlebrush - due to it's lemon coloured flower.

I have been attempting to get the foliage size down first to see what size tree it should be, all while growing it on and putting movement into the trunkline as it extends. In saying that, I am only further developing what was already put in place and cannot take any credit for its bones. 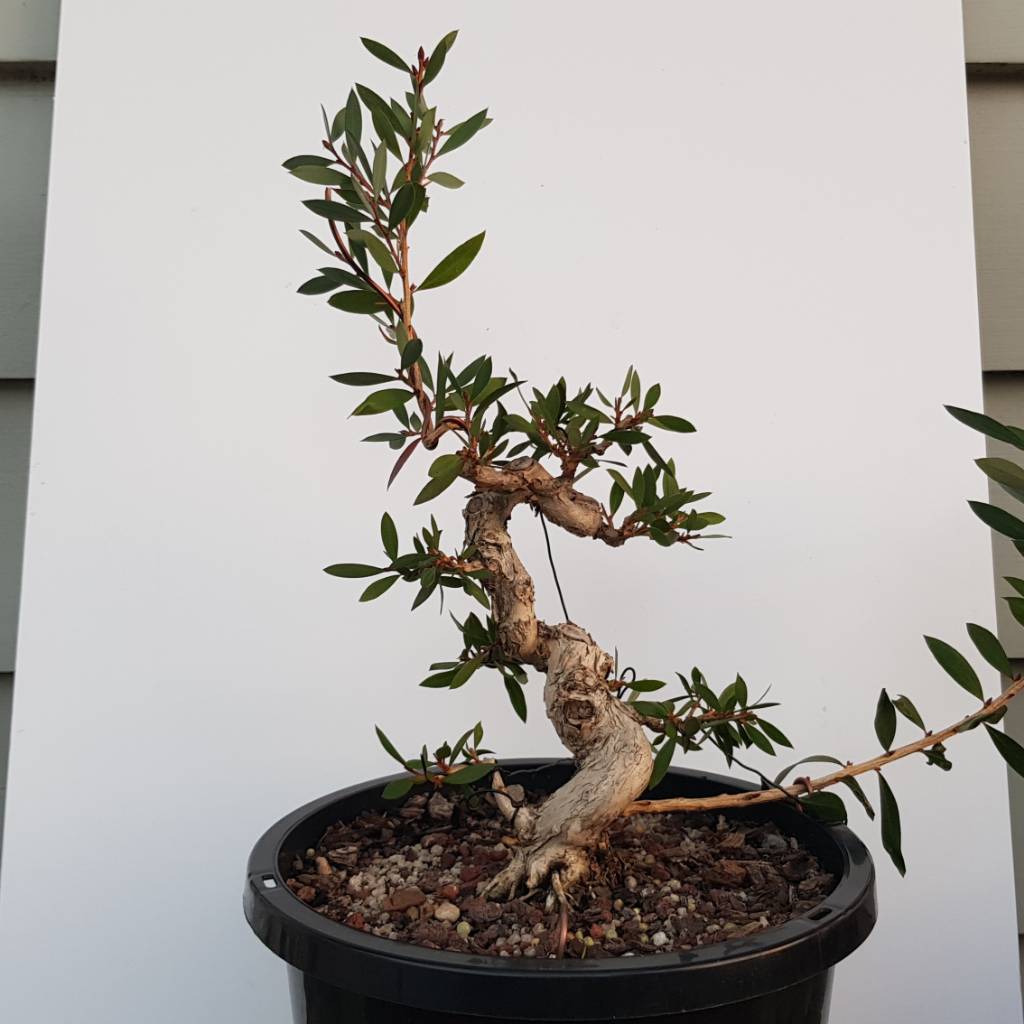 As you can see I'm also growing on a sacrifice branch from the rear of the base (to the right) in order to produce a strong gripping nebari that I want this tortured tree to have.

Attached below is a quick virt of the future I currently have for the tree, but as you all know designs change as the tree develops. I'll probably end up removing a few branches as time goes by. 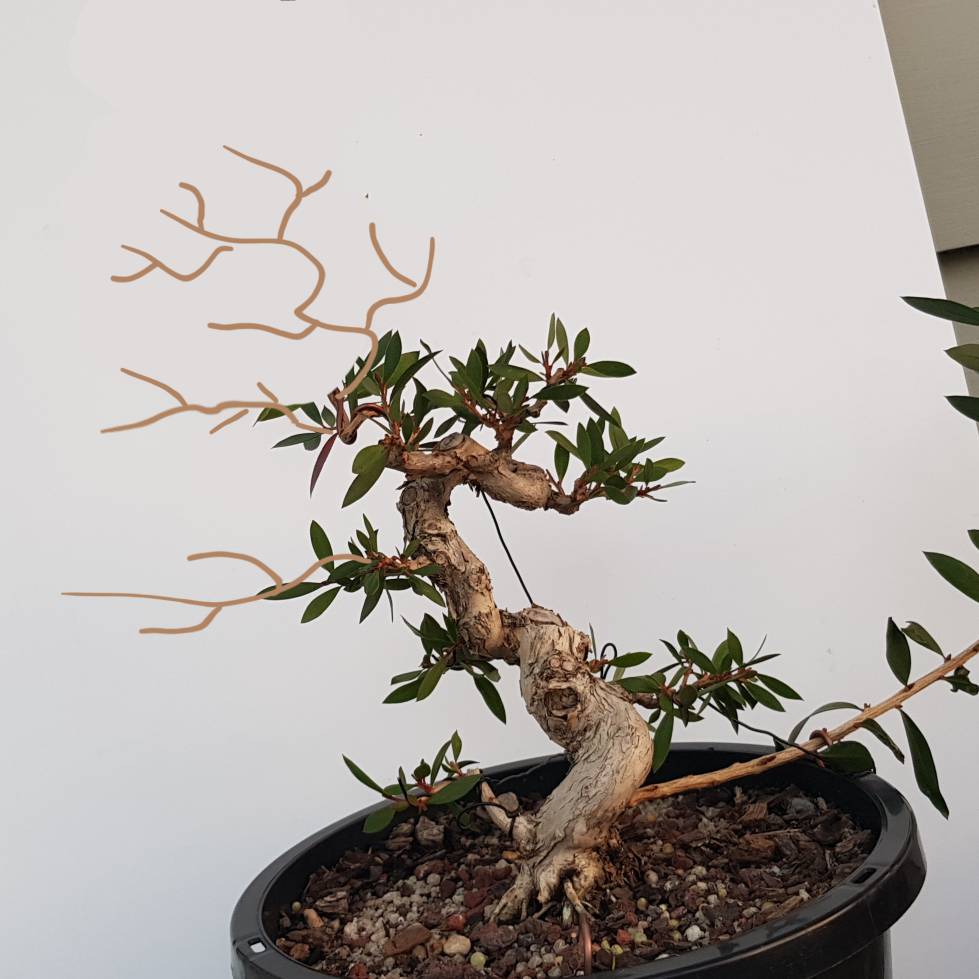 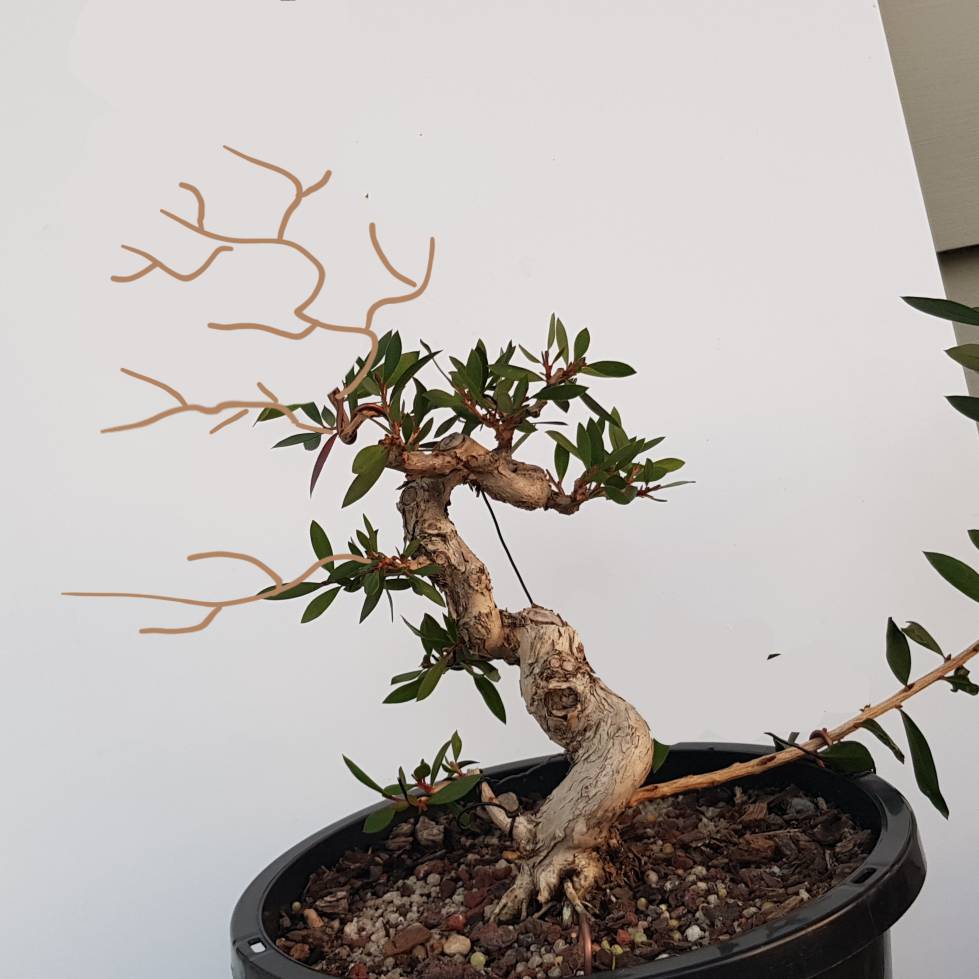 This thread is just started as a progression for me to track its development and see if the final design ever ends up like the original. If anyone has opinions feel free to speak up.

Its got good trunk movement and nice bark. I am looking forward to seeing how this develops, thanks for posting.
Check out my blog at http://www.ausbonsai.com.au/blog/Watto" onclick="window.open(this.href);return false;
Top

Definitely agree with the above 2 posts. You have some nice stuff coming along Pearcy, that trunk is no exception and I like the general idea of your virt ...

For some reason this one looks like treeman might've had a hand in it's creation???
Just a feeling!

Ryceman3 wrote:For some reason this one looks like treeman might've had a hand in it's creation???
Just a feeling!

I feel like you may find I'm one of Treemans best customers haha. Nah just joking I couldn't be as I don't own a property big enough to store that much, but percentage wise his stuff is definitely up there in my collection. He grows amazing stock that always catches my imagination. Well done Mike on yet another great piece of stock!