Now on February 17, 2016 seven remain and with a very gentle tug appear to be firmly in place??

The cuttings are misted daily, 2 or three times and are in very sheltered position (no direct sunlight).

My questions are as follows:

1. Should I start giving them more direct sunlight.
2. Should I provide them with some fish emulsion or equivalent.
3. Should I give them a light feed.
4. Or, should I just them alone!!

Your input would be very much appreciated.


Sent from somewhere on planet earth using an iPad!

by Mojo Moyogi
Hi Theo, I'd be inclined to leave them where they are if it has ample light, and your needle colour is good, not too pale and the cuttings look healthy, you might have some small young roots there but I would leave them until after the winter. You could consider giving them some seasol.

It they are all from the same parent tree, you could use them to make a group in the future, Larch make very good groups in a relatively short amount of time.

by Theodore
Thanks Mojo

Thanks for the feedback.

Their colour is the same as the day I took the cuttings so I'm very pleased with the 7 out of 12 strike rate (fingers still crossed).

They are all from the same Japanese Larch. I will be taking more cuttings from it next year if these ones end up being successful.

Larch are my favourite tree and I'm hopeful that the NE Vic climate will be cold enough for them.


Sent from somewhere on planet earth using an iPad!

by Truth
Wow surprised you got the cuttings to take! From what i've heard, Larch are very difficult-near impossible to layer, let alone root from a cutting. I'd definitely play it safe for now, keep the sun mild and give some mild seasol.

by shibui
January 4 is only a few weeks past. It is possible that these cuttings have produced callus but probably no roots yet. that's good but not a success - yet. Take Mojo's advice. Keep treating them as you are until you see roots coming out the bottom of the pot. Fertilising while there are no roots will not help and can be detrimental.

by Theodore
Thought I would post an update on these cuttings. Glad to say the 7 dropped their needles as larches should and that come the warmer weather they have started growing again. 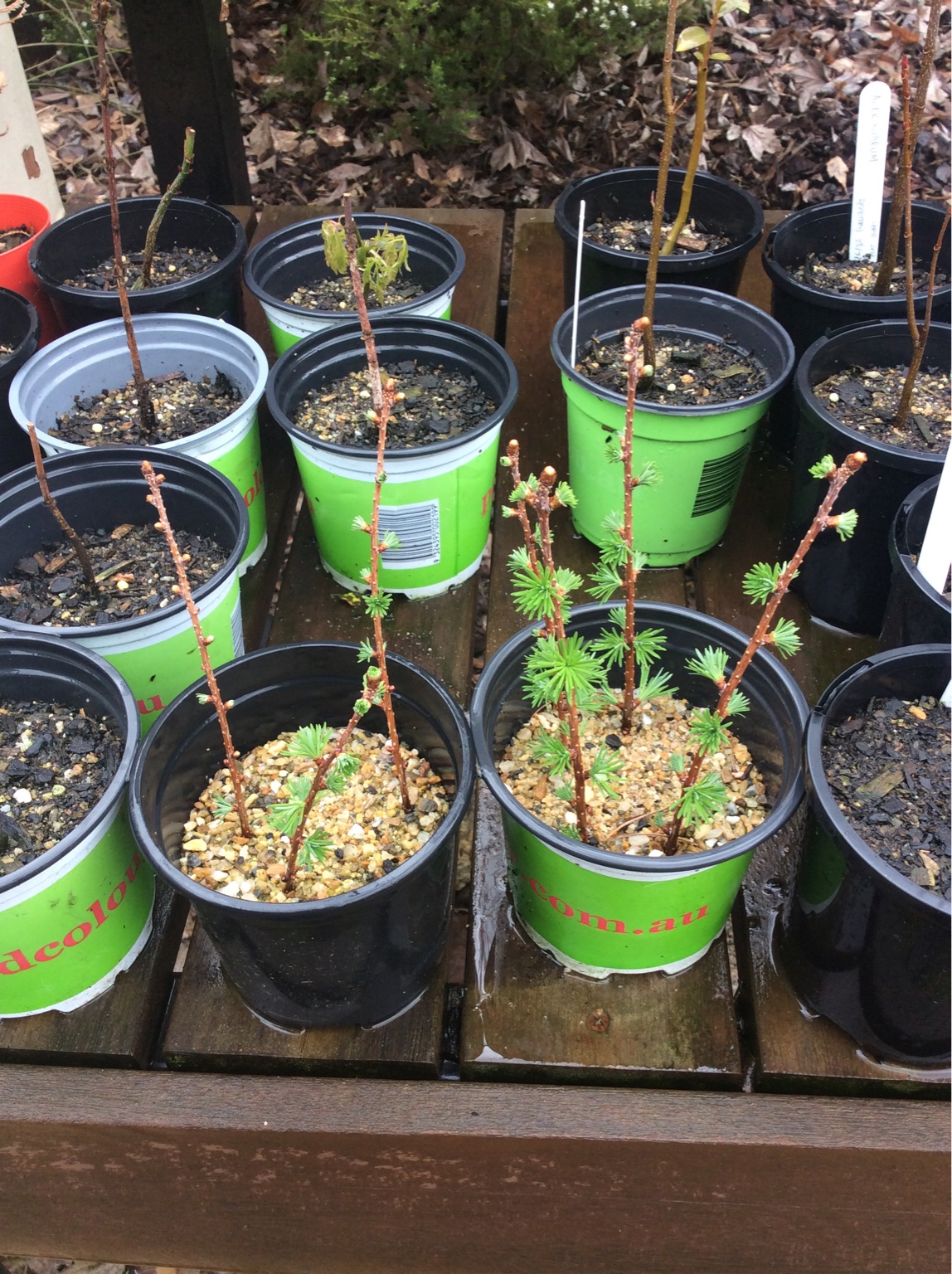 Will leave these alone for a while longer.

If anyone has some good advice on when I should pot them on, I'm all ears.

well done. As these have already started to grow (buds open). I would now leave them and repot mid to late August 2017. Just before bud burst next year.
Cheers
Kirky

by Daluke
Did these guys make it?

I’ve just took some and am looking for advice.

by Theodore
Sorry for the slow reply.

Whilst I've had no troubles striking them, year two has been problematic.....they start the season well and then turn their toes up....

The stock tree I'm taking them from continue to grow well though.